The Ketogenic Diet For Epilepsy

Josh is a freelance writer and editor based in the Corvallis, Oregon area. He has a diverse and varied background as an Air Force officer, structural firefighter, professor, construction worker, retail manager, investigator, and author. He is an expert on the keto diet. When he isn't writing, he's normally reading or hanging out with his kids.
2018-02-22T16:56:23-05:00Joshua Burnett|Keto Diet|
Pin122
Share14
Yum
Email
136 Shares

A Brief History of Epilepsy

Epilepsy has a long and well-established history of being treated with diet. Thousands of years ago prevailing theories were primarily superstitious and viewed epilepsy as a supernatural condition that needed to be treated with magic; the first major departure from that was written by Hippocrates in 400 BC in his treatise On the Sacred Disease. This thesis contended that the condition was medical and had a rational and physical basis that could be treated with proper dietary adjustments.

The first modern study of treating epilepsy through diet occurred in France in 1911; this was around the same time an American physician, Dr. Hugh Conklin, began treating epileptic patients through the use of fasting. Fasting is an important aspect of the keto diet because it induces the body into a ketonic state; after all of the carbohydrates in a person’s system have been consumed, the body begins to feed on its fat stores. While not followed as a treatment today (Conklin recommended an 18 to 25 day fast), his work demonstrated that 20% of his patients achieved complete freedom from seizures and 50% showed some improvement.

Conklin’s work spurred a fury of diet-based research, and by 1921 Russel Wilder of the Mayo Clinic had coined the term ketogenic diet to describe a diet which was high in fat, low in carbohydrates, and fueled the brain primarily through ketone bodies. It is important to note that the very name of the diet was created during a study of the diet’s effect as a treatment for epilepsy. 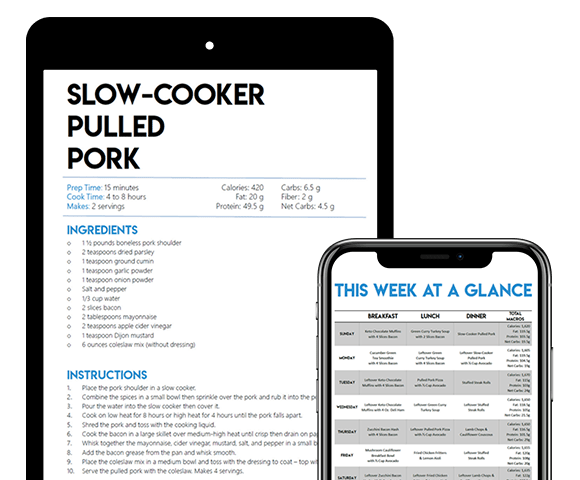 The ketogenic diet fell out of popularity beginning in 1938 as phenytoin (Dilantin) was discovered; at that point, the medical field turned its attention to discovering new drugs. Although the diet was still used to treat epilepsy for the next fifty years, it wasn’t until 1994 that the keto diet became mainstream again. Hollywood producer Jim Abrahams had a two-year-old son, Charlie, who suffered from epilepsy; drug after drug had been tried with virtually no success. Abrahams discovered a reference to the keto diet in some epilepsy literature and brought Charlie to Johns Hopkins Hospital where he was introduced to the diet. Results were almost immediate and Charlie’s seizures were quickly controlled. Abrahams created the Charlie Foundation to promote the diet’s treatment of epilepsy and the keto diet burst onto the treatment stage again.

Who Can It Help?

The keto diet is often recommended for epilepsy patients when two or more medications have failed to successfully control seizures; at this point, the chance of other drugs succeeding is only 10%1. The diet is typically more effective with children than it is with adults.

Although rare, it should be mentioned that this diet cannot be used by individuals who suffer from diseases such as pyruvate carboxylase deficiency, porphyria and other rare genetic disorders of fat metabolism. Someone who cannot metabolize fatty acids would not be able to obtain nutrition without carbohydrates.

The diet can be used to reduce or eliminate the use of anti-seizure drugs, although it is more common for a doctor to use the diet and medications in tandem to successfully treat epileptic symptoms.

The keto diet is a low carbohydrate, medium protein, and high-fat diet that utilizes ketone bodies (produced by the liver as fat is metabolized) instead of glucose (produced by carbohydrates being digested) as the primary source for fuel for the brain.

The Johns Hopkins protocol is what is used most often to start and maintain treatment. This begins with a consultation between a treating physician and a dietitian where the patient’s dietary history is obtained and he or she is screened for medical conditions which may prevent the diet from being successfully used. After passing these tests, a three- to four-day hospital stay is scheduled so the patient can be introduced to the diet under medical observation.

The day before the hospital stay begins the patient’s carbohydrates are significantly decreased and the patient will often begin a short fast after the evening meal. The next day the patient is admitted to the hospital and only calorie- and caffeine-free fluids can be consumed until dinner, which consists of a small (normally one-third of the calories the patient would typically consume at a meal) portion of liquid eggnog. The next few meals consist of the same thing; after a day the caloric intake is increased to two-thirds of what a typical meal would contain. By the third day, the calories have been increased to match what a typical meal would consist of and the meals themselves have transitioned from a liquid eggnog to a normal ketogenic diet. After breakfast on the fourth day, the patient is normally approved for release from the hospital.

The patient is carefully monitored by both a doctor and dietitian during this time. Patients usually attend classes on nutrition, meal preparation, common and unexpected sources of sugar to avoid during the day. It is very common for a patient to feel lethargic during this time, but this lack of energy normally disappears within a couple of weeks as the body transitions to a new source of fuel.

What Can I Expect?

If you are currently on anti-seizure, or any other, medications you can expect that your doctor will have you continue them, although they may be switched out for formulations that contain no carbohydrates; for example, any liquid medicines are normally traded for pill versions. If your body responds to the keto diet, your doctor may lower the dosage of your medications over time and some patients can eventually transition off of medications completely.

There are a number of potential side effects that you should be aware of. The most common adverse effect is constipation. Those who stay on the diet long-term are at increased risk of kidney stones; approximately one in thirty children on the keto diet will develop kidney stones (children in the general population develop kidney stones at a rate of one in several thousand) and may be at increased risk of bone fractures and stunted growth over time. Your doctor will carefully monitor your health and there are multiple treatments which mitigate even these possible side effects; for example, a common treatment regimen involves oral potassium citrate supplements, which have resulted in a seven-fold decrease in the occurrence of kidney stones.

What Can I Expect Long-Term?

The ketogenic diet has been incredibly successful in the treatment of epilepsy, reducing seizure frequency by greater than 50% in more than half of the patients who try it and by more than 90% in a third of patients4. Of children who respond, three-quarters do so in less than two weeks, although it is usually recommended that a patient remain on the diet for three months before determining it is ineffective, particularly if the diet was not initiated with a fast (this causes slower initial results, although the long-term efficacy is not affected by the presence or absence of an initial fast).

The ketogenic diet has been very effective in treating epilepsy and, as mentioned earlier, was actually created as a treatment for this condition. If you or someone you love suffers from epilepsy, consider discussing this treatment with your doctor.

We believe that the key to success is simplicity and satisfaction with your diet. That’s why we created our Keto in Five ecookbook series which includes Breakfast in Five, Lunch in Five, Dinner in Five & Dessert in Five.

Each ebook contains 30 recipes. Every recipe is made with just 5 ingredients and has up to 5 grams of net carbs. That means you can have seconds of any meal and you’ll still be within your daily carb limit! 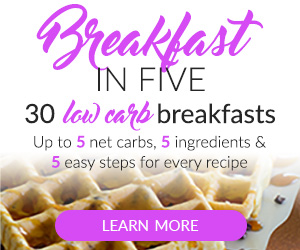 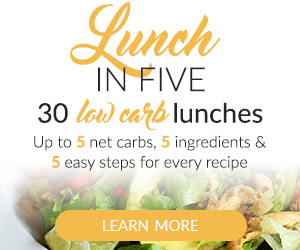 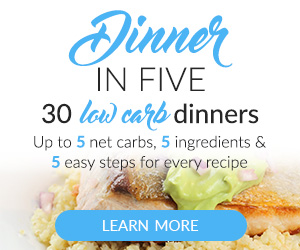 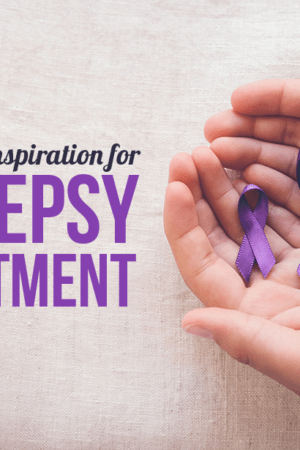 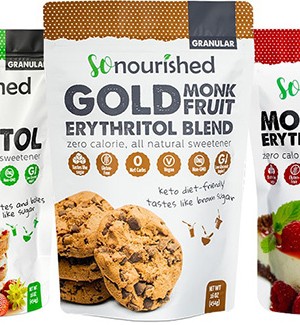 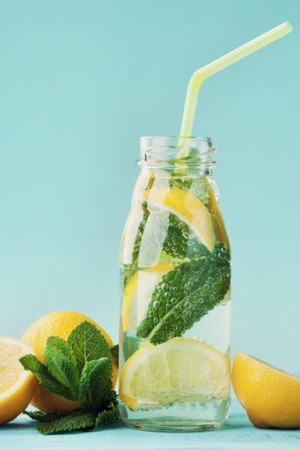