Why Sleep is Crucial for Weight Loss

Josh is a freelance writer and editor based in the Corvallis, Oregon area. He has a diverse and varied background as an Air Force officer, structural firefighter, professor, construction worker, retail manager, investigator, and author. He is an expert on the keto diet. When he isn't writing, he's normally reading or hanging out with his kids.
2018-12-12T22:52:08-05:00Joshua Burnett|GoingKeto|
Pin8
Share
Email
Yum
8 Shares

Arguably the single most overlooked factor in your health is sleep. The CDC reports that more than one-third of American adults are chronically sleep-deprived1, and that number increases to nearly half when Americans were asked if poor or insufficient sleep affected their daily activities over the past week2. Few people realize how far-reaching the consequences of these statistics are, however. Ironically, the percentage of people who don’t get enough sleep on a regular basis nearly mirrors the obesity rate3.

According to research published in the Annals of Internal Medicine4, getting less than seven hours of sleep per night can reduce or even undo your dieting efforts. In this study, test subjects were placed on a strict diet and then given different sleep schedules. When sleep was reduced below seven hours, the amount of fat they lost was cut in half, even though there was no dietary change.

Subjects who were sleep-deprived reported feeling significantly hungrier, were less satisfied after meals, and they lacked the energy and motivation to exercise. At the end of the study, the individuals who had been deprived of adequate sleep experienced a 55 percent reduction in fat loss compared to their counterparts, even though the diets were identical. There are several reasons for this, so let’s dive in.

Sleep loss causes the body to increase cortisol production, which is one of the hormones that regulates appetite. Loss of sleep creates a hormonal imbalance that can’t be satisfied with food, which is why study participants reported still feeling hungry even after they had consumed a full meal. Cortisol is also a stress hormone and is frequently associated with fat gain.

Two other hormones are responsible for hunger: ghrelin and leptin. Ghrelin stimulates hunger while reducing the number of calories your body burns (i.e., it slows your metabolism) and increasing the amount of fat you store. Leptin is produced in your fat cells and is the hormone that makes you feel full. The Journal of Clinical Endocrinology and Metabolism5 published research showing that when you get less than six hours of sleep, your body produces more ghrelin and less leptin. The study also showed that insulin resistance increased measurably after only a single night of poor sleep.

When you don’t get enough deep or slow-wave sleep, your body significantly reduces the amount of human growth hormone (HGH) the body produces. This is a protein that helps regulate an adult’s proportion of muscle and fat.

Insulin resistance isn’t the only thing that changes after one bad night’s rest. This study6 found that frontal lobe activity (the area of the brain responsible for complex decision-making) is impaired when fatigued. This creates a situation similar to what people experience when drunk: they just don’t have the mental clarity to make good decisions. This impacts someone’s ability to track their macros or turn down Dunkin Donuts for broccoli.

When you’re exhausted, the amygdala (the reward center of your brain) becomes increasingly active, seeking pleasure to fight how tired you’re feeling. Unfortunately, the kinds of foods the amygdala craves are often high-carb, high-sugar treats with little nutritional value. When you’re well-rested, you can fight off these desires, but being sleep-deprived negatively affects your impulse control, causing you to make poor dietary choices.

Even when you can force yourself to make good choices regarding what you eat, you might not be able to control how much. A study found that sleep deprivation causes you to load your plate with greater portion sizes7, which can kill the caloric deficit you need to lose weight.

University of Chicago researchers coined the term “metabolic grogginess” to describe how your body’s cells react to fatigue8. The scientists examined the physical impact of just a few days of poor sleep—something that isn’t uncommon when you have a busy work week. They found that after four days, the body’s ability to utilize insulin became completely disrupted on a cellular level, causing insulin sensitivity to decrease by more than 30 percent. Insulin resistance is directly correlated with weight gain and diseases like diabetes.

Another study found that sleep debt decreases your body’s ability to engage in protein synthesis9, or the process by which your body makes muscle. This is directly responsible for muscle loss and can lead to a higher incidence of injuries.

As mentioned previously, the effects of a poor night of sleep can be seen immediately, but chronic sleep deprivation has long-term repercussions. The American Journal of Epidemiology10 found that women who are sleep deprived were 32 percent more likely to gain greater than 30 pounds more than their well-rested counterparts over a 16-year period. Studies have shown that people who consistently get less than six hours of sleep display glucose/insulin levels and characteristics of diabetics, even if they’re otherwise healthy.

Getting a good night’s rest

As a single dad with four young kids, I know that getting a good night’s rest is easier said than done. I also know how crucial sleep is to every aspect of your health, especially weight loss. Here are a few tips that might help you to stay rested:

The good news is that once you form good sleep habits, they tend to be self-reinforcing. The trick is getting there, but I know you can do it! 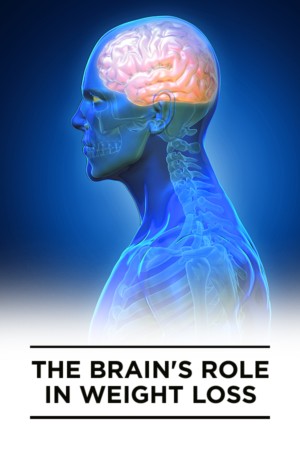 The Brain’s Role in Weight Loss 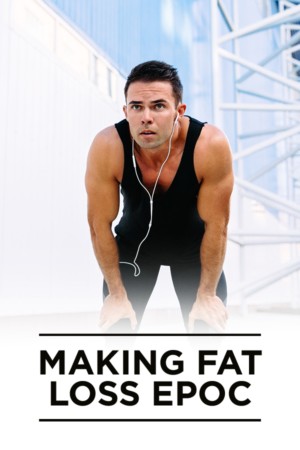